on January 15, 2020
A few years ago I started a blog so that I could share my passion for health and nutrition with the world. My friends and family were getting tired of my preaching, so clearly I had no other choice. ;)
I didn’t start that blog as a hobby. At the time I was working a hectic 9-to-5 job in the entertainment industry in Los Angeles. My youngest child was a toddler and my oldest a teenager so my hobbies consisted of a shower and a hot meal.
I was determined to figure out how to make my blog a business . . . STAT.
In a nutshell, here’s what unfolded:
I know, I know: six figures and passive income is what everyone seems to be after these days. The truth is, I wasn’t seeking out either of those things when I started. My main goal was to eventually replace my day job and be able to work less.
In order to do that, step one was to work a whole heck of a lot more.
This is how I did it:

With 24 hours a day, eight of which went to a day job and another eight for sleeping, I had to get pretty ruthless with the remaining eight. TV time went out the window (except for the occasional full season binge watch of Orange is the New Black). I saw my friends less often. I turned off all notifications on my phone and the only time spent on social media was business related. My personal FB page became a ghost town. I stopped running errands. My one weekend errand day became my “office” day. Anything that could be purchased online was, with extra bonus points for Amazon Subscribe and Save which I could set up and forget. I basically refused to set foot in a grocery store. I bought a deep freezer so I could buy my meat in bulk and signed up for a weekly fruit and vegetable delivery box.
didn’t have time – I made time.

Step 2: I wrote. A lot. Consistently.

I started fleshing out ideas for blog posts right away. They were far from perfect. In fact, many were terrible (I cringe when I stumble upon some of those early posts). I got better by writing consistently, even when I was tired or simply didn’t feel like it. When I first started, I had no idea how to “blog,” what WordPress was, how to install Google Analytics or what the heck SEO stood for. I kept writing anyway, and figured out what I needed to along the way.

Step 3: I invested in learning.

I invested (both time and money) in learning each step of the way. Despite having a 4-year business degree, I had zero clue about online marketing, building an email list, or just about anything else. So I bought books and online courses to teach me so I could minimize mistakes and pulling my hair out.
A few of them were a waste of time and money, but most were incredibly valuable and significantly sped up my learning curve. Relying on Google and trial and error were the costliest “investments” I made.

Why Light weight is very important for agile body and fitness ?

Please do not forget to take some time to read this important post.  This given a little time can be a huge achievement for you
In today's time, people all over the world are upset with the increasing weight.  People try a lot but still do not lose weight.  Some people also use many products from the market so that they help a lot in reducing body weight.  If these products are used properly then very good results are obtained. killer new weight loss offersclick here Obesity is dangerousnot only to the body but also to the health of the brainObesity also has a fatal effect on learning ability.  Obesity proves to be very dangerous for children because obesity has a fatal effect on their brain capacity.  Research by the University of Augusta in the US has shown that obesity causes the brain cells to become imbalanced due to which blood flow to the brain and its functioning is wrongly affected.  Therefore, obesity affects the health of the brain.
Loss due to obesityas obesity increases i… 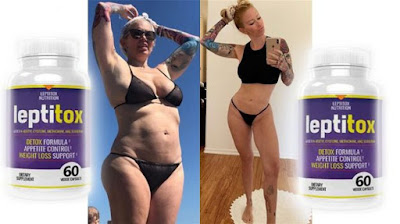 Learn About The Leptitox Reviews Before You Buy:- We live in an extremely fast-paced world, with more demands than ever. With everything going on, our health and fitness can sometimes become an afterthought. The reality is that it's quite easy to let obesity set in, and be burdened by extra weight and belly fat. Many people try and make changes in their diet, and in the food they eat, but still struggle with extra weight. This struggle can take a toll on many of us, often causing an even further lack of motivation.
Often times people will take to extreme weight loss plans, taking several extreme supplements, and crash dieting. While these extreme measures can help with some quick wins, the lifestyle simply isn't sustainable. Over time you'll experience weight gain, and end up in the same place that you started.
Enter Leptitox - a single, simple science-backed supplement that has been helping people in all walks of life lose weight.
Leptitox is a weight loss supplement cre… 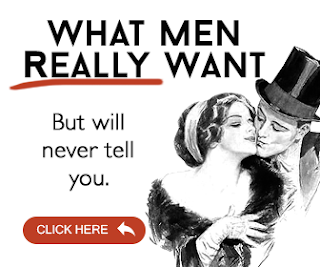 How much time do you spend trying to be the kind of woman you think men want?
If you’re like most women, it’s a LOT. You spend all this time making yourself look sexy and attractive.
All this time presenting yourself as fun, interesting, worldly, and not needy in the slightest. You spend all this time showing him just how good you’d be for him… How amazing his future would be if he chose you as the woman by his side…
And it doesn’t work. It never works. WHY? Why do you work so hard… And the guy in your life just takes you for granted, if he even notices you at all? It’s probably because he’s immature, right? He can’t recognize a good thing until it’s gone. Or maybe… It’s because you’ve been doing all the work for him.


If He Doesn’t Work for Your Relationship, He Won’t Value It..... Fact :- What men value most are those things they have to work hard to get.
Hand a man a college diploma, and he won’t value it as much as if he’d had to put in years of study and effort to earn it.
Hand a man the…